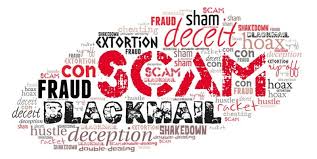 On February 11th, 2021, at approximately 8:19 pm, the police department was contacted by a victim advising they had been scammed out of $500. It was learned the victim had received a phone call from an individual claiming to be an officer with social security. The individual advised the victim a vehicle registered to them had been located in Texas and it was filled with cocaine. The individual told the victim there was an arrest warrant in their name and the officer was working with social security and the DEA. The victim was instructed to purchase $500 in gift cards and provide the officer with the number on the gift card. This was reportedly to help with clearing up the investigation and not have the victim arrested. It was after the call back to the individual and after being out the $500 the victim realized it was a scam.